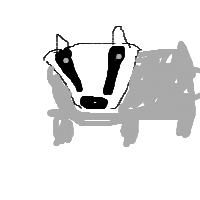 Back in May 2016 I wanted to do something to raise a bit of awareness and money for the British Heart Foundation – a charity that has particular relevance and importance to my family.

In my radio days I once got in trouble for blocking a fax machine (yes this was before the days of email/texts) after I launched an impromptu competition called “Show Me The Monkey”.  The idea was simple: fax me a picture of a monkey and the best one will win a CD.

I didn’t anticipate the popularity of this idea, the boredom of my workplace listeners, nor the fact that the sales team were waiting on a very important order booking up a huge amount of advertising.  For the next hour and a half, monkeys spewed forth from the fax machine and no amount of unplugging the phone line nor hiding the rolls of paper was going to change that. Nor was it to reduce the wrath of the salesman who wanted to confirm his commission before a weekend of binge drinking!

Perfect, I thought, I’ll revive that idea and tap into some daft creativity to raise a few funds:

For every badger you draw me tonight till midnight I shall donate £1 to British heart foundation. https://t.co/8EaZfhISMs – please RT

This is an archive of the badgers that appeared on the original Badly Drawn Badger website, so sit back and enjoy some poor reproductions of the finest member of the Mustelidae family!

The Inaugural Badger is here!

Here’s a badger submitted by Phil.  We think it’s the best badger we’ve received so far. But in fairness we’ve only had two and the first was crap.

Dave drew this badger. 0/10 for effort. 10/10 if the blog was called Badly Drawn Dinosaur.  BUT IT’S NOT! IT’S BADLY DRAWN BADGER! I know they’re going to be bad, but at least make an effort to make them slightly badger-like?

Thanks Steve for this badger/dog hybrid that has possibly eaten something to cause an upset stomach. Keep those submissions coming!

A sterling effort by Jake aged 6. This badger amoeba will go far!

Kate Kateopherson (@stmungo) off of the Twitter writes: “My badger is wearing dungarees on the promenade. He is cross”. I wonder what we can do to cheer him up?

“I’ve never drawn a badger before.. I don’t think I ever will again.. Here is my #badlydrawnbadger” says James McDonald. Probably wise. Your badger has sad eyes, matey.

Here’s Adam’s badger – Adam suggests his badger is “looking too pleased with himself”. Well he’s just won a “best badger impression of a bumblebee 1973” so it’s understandable.

“Fat fingers and a small screen doth not a good badger make”, says Chris Challis of the twitter parish.

Keren Burney is showing off her artistic streak with this badger enjoying nocturnal fun!  The moon and the stars and an owl – I think that’s an owl – add to the composition nicely.

I think Megan’s badger was looking into one of those fairground hall of mirrors.

Amade Upname from twitter (I wonder if that’s a pseudonym perhaps?) has a pyramid-influenced badger to offer us. It’s like it’s trapped in an unfortunate onesie based incident.

Matt Bowen said “I tried to be clever” as he submits Ruth Badger from the Apprentice riding on a badger that looks more like a beaver.  The google search terms from this post alone should attract some scary visitors.

Marilyn, Marilyn.  Nice try but this is not a badger, it’s a cute puppy!

Graeme’s badger looks a little like Super Ted. I’m not convinced that seating position is the most comfortable either.

Anna presents us with a Madonna influenced badger.

Here’s Eliza’s overly fed badger. I’m not sure how he eats food whilst wearing that gas mask?

Jessica has drawn the badger from Farthing Wood.  To be fair this knocks the other submissions into a cocked hat.  I’m not sure Jessica has quite understood the “badly” bit of badly drawn badgers, but I do love his eyebrows so he can stay.

Is that a tail or a leg? Shelly’s badger leaves us pondering.

Here, James McConnell surmises “I think everything I attempt to draw is badly drawn”.  Based on this rather surprised looking badger I’m inclined to agree. Though I’d probably look surprised if I had a tail that vertical.

Where do I start with this?  With a face like Mr Benn, and a body like an everton mint, Andy’s submission is not even remotely badger-like.

Vixen Vicseral on twitter submitted this creature which she describes as half badger half hamster.  I’d say none of the above but it does feel like it was drawn on a blackboard which reminds me of primary school.  Where do I claim for breathing in all that chalk dust during my formative years?

Veronica writes “believe it or not this is a badger”.  Yup I’m struggling with my beliefs right now.  But whatever this limbless creature is, it does look mighty comfortable in that hammock.

Thank you again to everyone who submitted a badger. The final total submitted to the British Heart Foundation was £55 and we now have an archive of fine but badly drawn badgers for future generations to enjoy!

Since the archive went live and I tweeted about it, there’s been literally one additional badger submitted, thanks to Jess Stringer for this one.

This site uses Akismet to reduce spam. Learn how your comment data is processed.